A&R stands for Artist & Repertoire. They are therefore the contact person & responsible for new music recordings in a music company.

Ideally, the A&R manager is the “truffle pig”, the talent finder who contracts the artist not only according to their personal taste, but also for the success of the company that hired them – and at the same time has to be an intermediary between the artist and the company. On the one hand, they must recognize the potential of artists, assess everything correctly and have a feeling for the coming trend. So in a certain way they have to be a few steps “ahead” of everybody else or recognize trends earlier than others, and at the same time have to be able to “understand” the artist and to encourage cooperation on the way to success. So win them over to market their music in the way that is necessary for the success of the project for both partners.

At the same time, an A&R must be an attorney of the artist to the company, who is able to bring the artist’s particularity closer to the team in order to motivate them. As everyone knows, music tastes are different. And since the A&R must be a bit ahead of its time, they must also be a very good communicator. Both to the artist and to the company. Without convincing “in-house promotion”, many potentially successful artist projects often die before they have even been put on the street with the necessary measures because “the subject” was not well communicated.

A Distributor Acts Differently, Than a Label …

The case is a little different with a distributor, since a distributor “only” receives a finished produced & markets sound productions from a label for “distribution” on the market, i.e. a finished “recording” – a “recording” for the “release”. The distributor therefore only receives the right to sell a finished product in digital form on the digital market (iTunes / Apple Music, Spotify, Amazon, Deezer etc.) & as CD, DVD, vinyl on the physical market. There they then place them at physical stores, like Media Markt, Saturn, Müller etc., but also online stores like Amazon.

So What Is the A&R Doing in a Distribution Company?

Well, instead of individual artists, the A&R mainly contacts labels who in turn have a cluster of artists under contract. The A&R now analyses entire music companies that market sound recordings and need a distributor to bring the releases to the digital or physical market.

The term “label”, by the way, comes from the term “sticker”. These stickers marked the ownership of the recording. Since sound recordings used to be physically stored on a “master” tape, the sticker made it clear who owned which “recording tape” in the pressing plants & recording “master” studios. Label therefore refers to the owner of a music recording. 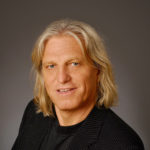 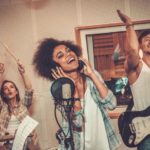 The Perfect Time for a Press Release & Social Media 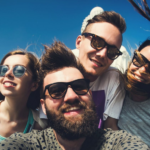